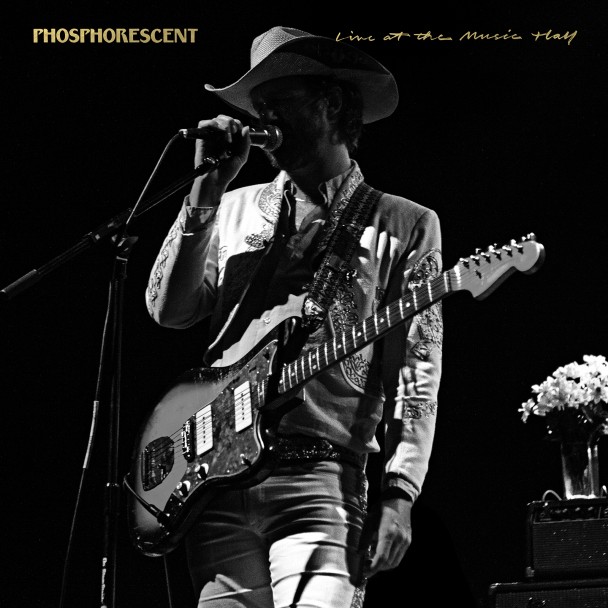 The Muchacho himself, Phosphorescent, will release a Live double LP on February 17th, titled Live At The Music Hall. It was recorded in 2013 at the Music Hall of Williamsburg over a 4 night run. His label, Dead Oceans has posted the album on Soundcloud to stream before the real drop date.

It’s made up songs from the most recent aforementioned, Muchacho album, with older cuts sprinkled in. The sound is crisp, the musicianship is at the forefront and the crowd noise is minimal, which makes it so you can listen to it in full, in headphones or in your room or wherever without people screaming at you every 4 minutes. It’s an ideal live collection

And now, an arbitrary amount stars to signify a rating…