Josh Tillman’s public profile has grown quite steadily since the release of his first album as Father John Misty. His debut, Fear Fun, was an outstanding California folk-rock record seeped in psychedelics, but was often times still billed as the “drummer from Fleet Foxes’ solo project.” By the time 2015’s I Love You Honeybear came around, people were hip to Josh Tillman for his music and his highly-quotable sense of humor. At this point in his career, his “persona” is as much of a talking point as is his 3rd album, Pure Comedy. As the world continues to prove outrageous headlines get people fired up the most, blogs have used his antics as clickbait, rather than let people listen to his music and actually determine for themselves. As a result, a lot of folks immediately label him an arrogant, pretentious dick.

“Father John Misty” is used to generate clicks much the way Kanye West is. Anything he does or says is often turned into a full blog post and it has led him to, of course, toy with the audacity of it all. When he pens a line like, “bedding Taylor Swift every night inside the oculus rift,” he knows exactly the backlash that he will get on the internet. He saw what happened to Kanye West. But, for as many Father John Misty haters, for which there are many, there is a growing number of adoring fans and apologists. One of the beautiful ironies of Pure Comedy, is the fact that he is using this media-driven phenomenon to promote an album about exactly these concepts. 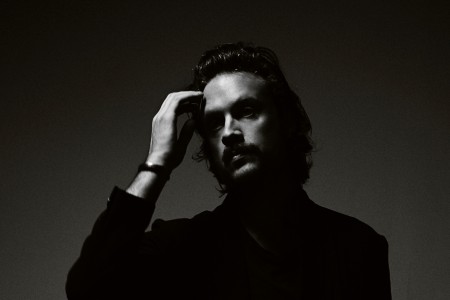 The ironic messaging, although insanely vivid, is not always easy to translate in Tillman’s lyrics. Pure Comedy, however makes no mistake of its intention: to differentiate the divide between art and entertainment. Most music serves the purpose to entertain. You put music on at a party. You dance to music, you smoke and drink and chat with music in the background. Art is something you have to actively engage in, interpret, discuss, or think about. For good reason, those are not elements all people want to delve into when they put on a record. Pure Comedy’s brilliance is in spite of its unwillingness to be easily-listenable, danceable or “entertaining.”

Despite its soul, Pure Comedy is not easy listening. Maintaining the vibe of the absolute anti-dinner party record, political and religious commentary are the album’s central themes. As are gun violence, boy bands, basic bitches, hipsters, materialism, self-importance and overall global doom. The stunning musicality behind themes like “radiant blandness” is what entrenches this record as peerless. We all know these issues exist, but the chaos of it all becomes all the more vivid and all the more confusing.

This record is the product of the resources now available to folks like Tillman and friend/producer Johnathan Wilson.  There is no way they could have pulled off a 75-minute record chock-full of strings and piano ballads all but spelling out the earth’s inevitable demise during the making of Fear Fun, or I Love You Honeybear.

Where folks call him too wordy and/or too ironic, Tillman’s self awareness hits back, like smack dab in the middle of the record on the autobiographical and guns-a-blazing song, Leaving LA that lasts nearly 13 minutes. Lines such as, “a 10 verse chorus-less diatribe plays as they all jump ship, I used to like this guy. His new shit kinda makes me wanna die.” Though that may be true for some folks, Pure Comedy is marvelous music. As Father John Misty’s audience continue to broaden, there is no way of telling his next move, but if the world is heading down the path he has clearly laid out in Pure Comedy, we will won’t have long to find the humor in it all.

Listen to Pure Comedy via spotify