Nashville fuzzpunk group, Bully has played everywhere and with everyone, having toured with JEFF The Brotherhood, Those Darlins and Best Coast, but there is a lot of steam behind them so there will be many more tours seemingly. Frontwoman, 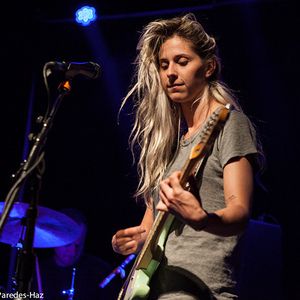 Alicia Bognanno has playful and sharp vocals as her band fires a heavy guitar-driven groove behind her.

Bully has some pop elements of California, but the grit of Nashville or even 90’s west coast grunge. Essentially, they are fit to have fans in all regions. Their debut album, Feels Like, is out now. Most of the songs from their self-titled EP, Bully, made the cut on the full album, which is great news because that EP rocked.

Bully is on tour now and hits Seattle, Friday, October 16th at Barboza

Watch the official video for Trying

Watch a live version of Milkman

Official video for Too Tough