Elusive and his futuristic oeuvre of electronic music have etched out a well-earned spot among the élite artists making noise in the Los Angeles beat scene. Look to his specific unmistakeable sound, deep hip-hop production jacket and output of twelve releases over the past three years as proof. Dissonance, his most recent and downright unabridged release to date, showcases all the telling versions of his prodding rhythms, melodies and off-kilter time signatures. His trademark vinyl crackle is still holding court. Jabbing us in the ear about the analogue beginnings of this erstwhile sampled music. Involved jazz chord structures and woozy synth patina are present as well. 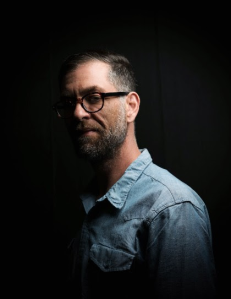 This time around tho, the veteran hand pushes an intensified syncopation theme throughout the release. It’s a sleek, smart, addition that gets looks immediately. Poly Riddum, the first song in, enhances these stepped up elements in the mix by running dilated acid lines and a push-pull undertow of shifting synths. While the plucking of a harp takes us out. From the first B-boy snare drum kick of Good JuJu… To the composed, spacey, astral plane brain freeze that inhabits the standout Inner Calm. Even the tight and fussy soundscape that keeps pushing forward with a sideways crab walk on Full Spectrum. Elusive has levelled up his production game by delivering eight fully realized compositions that provide bass-centric earworms.