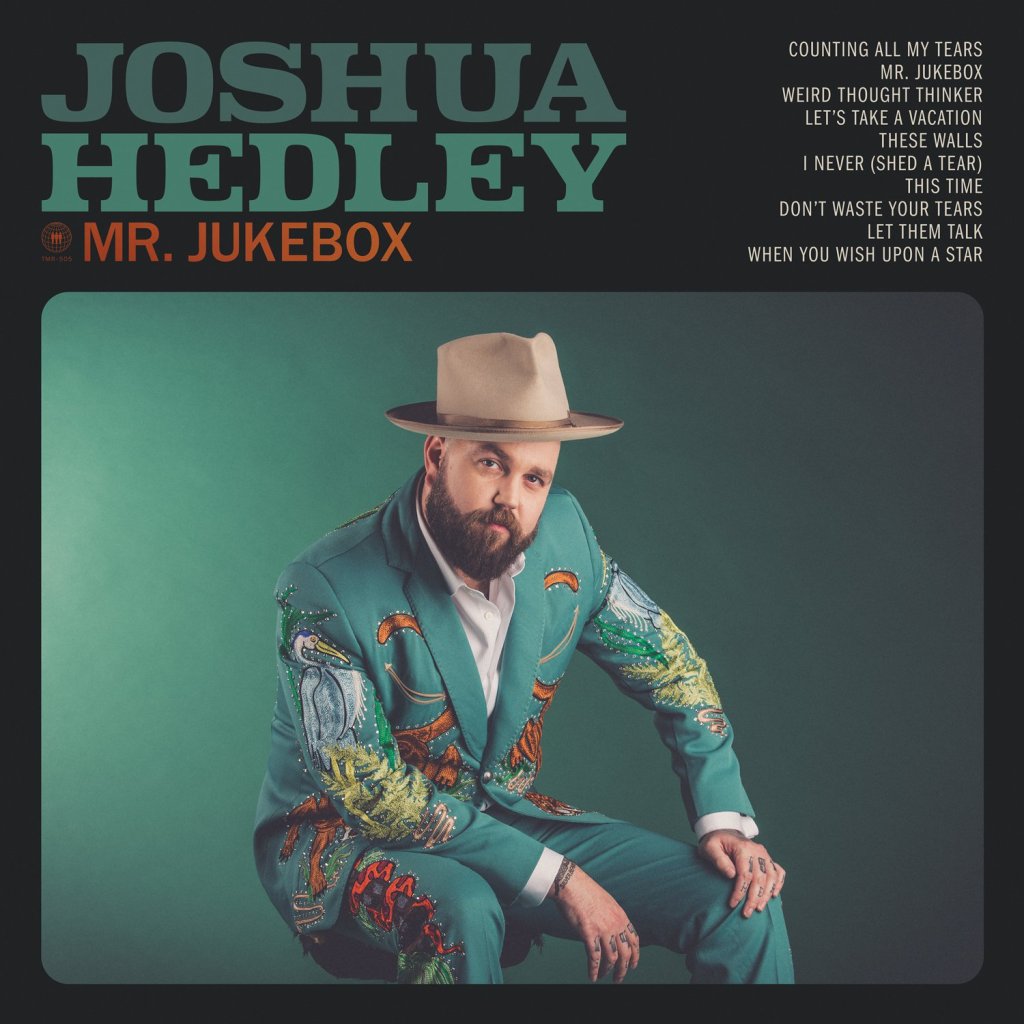 As the ever-growing divide of what is and what is not “real country” music rages on, Joshua Hedley makes no attempt to hide which side of the line he stands on. A longtime fiddle player and side man to Jonny Fritz and Justin Townes Earle, Hedley has always been working on solo material and has long been rumored to be a songwriting star in waiting.

Growing up in Florida, he was exposed to country, pop and soul music. Like most folks, his musical taste can be directly traced to what his parents listened to, which was everything from Neil Diamond to Otis Redding. Listening to Joshua Hedley’s solo debut record, Mr. Jukebox, you can hear snippets of both. The 10-track album consists mostly of slow, jaunty tunes with a bit of Neil Diamond glitz and the heart of Otis. Mr. Jukebox, the song AND record, can be considered an ode to the days where someone walks over to put a quarter in and listen to a classic tune that the entire bar could relate to. Hedley’s own songs lend themselves perfectly to this scenario, even in 2018.

Hedley is the latest country artist to sign to Third Man Records, joining the likes of Margo Price and Lillie Mae. His goal is to make straight forward country music for the modern times. He likens country to men’s fashion. Nothing about a nice suit has changed in the last 100 years. The same goes for good country music. Despite Hedley being hellbent on sticking to the classics, Mr. Jukebox never veers cheesy or pretentious.

People like to point to Ray Price and Porter Wagoner as their heroes, but very few pay them proper tribute. There’s not much left unsaid about a lot music coming out of Nashville in today’s day and age, but Hedley is determined to trudge forward carrying the torch for what country music can still be.

Official Video for I Never (Shed A Tear)