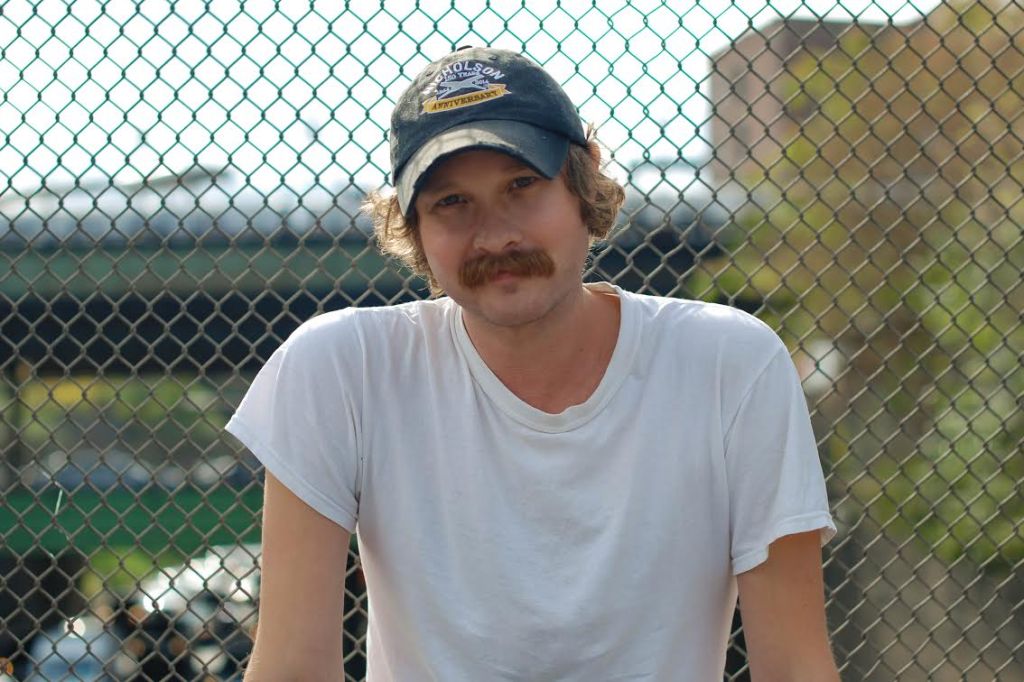 Though a Brooklyn, New York resident for the last 5 years, the Tennessee landscape is never far from Justin Wilcox‘s mind. Growing up in a rural town between Chattanooga and Nashville, Monteagle was the mountain you had to drive over to get from one city to the next. Where his previous group, Nassau, was named after a street in Brooklyn, the new solo moniker, Monteagle symbolizes a rediscovery of southern musical flair for Wilcox.

Midnight Noon, the debut “solo” record from Monteagle, is out now on Fire Talk Records. It’s the first project from Wilcox since Nassau, the folky indie duo with Jeffrey Silverstein. With Silverstein now living in Portland, the logistics of a bi-coastal project were realistically unsustainable. The newfound artistic isolation led Wilcox to reflect inward and explore a different strategy for constructing songs.

The result is a confident and cloudless collection that feels equal parts New York and Tennessee. We had the opportunity to chat with Justin about how the two projects differ, the new Midnight Noon record, and what part of the country he most closely connects with.

Ian Bremner: Last time we talked, you had just released the Hoss EP (as Nassau), how has your musical taste changed since then?

Justin Wilcox: Not tons honestly. I always really like to listen to alt-country, Americana type stuff. I got really into it around the time we were recording Hoss and Heron. That’s kind how I ended up with the album I just made [Midnight Moon]. I wanted something a bit different and a little more straight forward. With Nassau, everything was studio based and making everything in the bedroom. This was the first time in awhile where I’ve had a full band behind some of the album. It’s bit more stylistically different than Nassau and more in the Americana head space. It was a big challenge for me to be honest. I’ve never really written this kind of music. The results are interesting. It kind of blends my experimental experience with some of the Americana influence. That was the idea, at least.

IB: Midnight Noon certainly has has a bit more a twang of sorts. I am reluctant to say country, but there’s a bit more acoustics, a slide guitar. Sounds like that was a concerted effort?

JW: Yeah, 100%. I was pretty hot-off Nassau when I started working on this project. I knew Jeff was moving and the last thing I wanted to do was try to recreate that project, at least right now. It just felt exciting to try something completely different, so a lot of the instrumentation on it was very intentional and an attempt to steer away from what I was doing. To me, artistic growth and expression is very important and you’re never going to grow unless you try something new. Midnight Noon is my attempt to get into some territory unfamiliar and something I am certainly a lot less comfortable doing.

IB: Hoss and Heron were mostly recorded at your New York apartment. How was the process different for Midnight Noon.

JW: We actually recorded a lot of the live instrumentation at this 1700’s church in upstate New York called. Dave Plakon, who was playing keyboards at the time is a really great audio engineer. He mentioned he had this great church available. I do audio work in Brooklyn so we kind of pulled all of our gear together and got it all set up. We’d wake up, make breakfast and record. Then we’d drink and play game and then do it all over again the next day. It was such a cool experience. Kind of bucket list thing for me; to live where you record.

IB: That’s like those 1970’s country albums when they went out in middle of Tennessee and came back with an album.

JW: Yeah, it was perfect. The last song on the album, June, there was almost no mixing to be done. Just straight off the recording, it was pretty much done. That’s just a very different experience than I’ve ever had with Nassau, where all the songs live in the studio. This time was about rehearsing the songs and then go in a record them.

IB: So the songs were pretty much fully baked? Once you got out there, there wasn’t any improvisations due to the mountainous spirit or whatever?

JW: Oh, no there was a lot of improvisation. We recorded a lot of stuff that didn’t get used. There’s all kind of stuff laying around. It was just trying to edit it all down and find the most cohesive group of songs. A couple of them I did do by myself. There’s a song called Hollow Ground, just an acoustic one I did, but all the full band stuff was up at the church.

IB: Midnight Noon has a sitting-outside-in-Tennessee sound, and I know you live in New York. It sounds like you were able to blend the city vibes with the rural nature of it. How were you able to channel that?

JW: I am glad to hear you say that and equally glad that comes across. I am originally from Tennessee, so I really wanted to make an album that reflected my roots so to speak. A lot the lyrics are very nostalgic and written to be self-reflective. That’s sort of the overarching theme. Trying to write about growing up in rural Tennessee. That, and drinking beers in a church, is why it sounds the way it does.

IB: At this point, do you feel more New York or Tennessee?

JW: Funny you ask that. It’s such a weird, interesting thing. When I was in Tennessee, I was making this ethereal sounding music. It wasn’t until I moved to New York where I really started to appreciate where I came from and my past and to really realize my upbringing was unique. I think that’s why this album sort of ended up to be my “love letter to my past.” I guess I go back and forth about the New York/Tennessee thing. I am more in touch with myself as a southern person now, but I have lived in New York now for almost 5 years, and writing in that New York-style is something that comes more naturally to me. When I was in Tennessee, that’s what I was attempting to do in the first place. Now that I am actually in the city, it’s a lot easier to reflect and dedicate something to the South.

I feel like the anonymity here in New York forces you to get in touch with who you are deep down as a person. That’s what it’s done for me at least.

IB: Depending on what your live plans are, is the group who helped make the record also the live band?

JW: I can’t stress enough, the live band has gotten so much positive attention, every show. It’s basically me, Chris Beck, Lauren Saures, who plays piano and sings, so we have a 3-part harmony thing going. It comes across better live than on the album. The live band is a 5-piece. I try to be realistic with myself, but I really am excited for as many people to see the live show as possible. The plan right now is to tour in late February. Were in the process of booking that.

IB: With your Nassau band mate, Jeffrey Silverstein living in Portland, is Monteagle your focus for the foreseeable future?

JW: Yeah it is. I love Nassau and I love that style of music. The geographical gap is just really tough. I still talk to Jeff. We’re still friends. It’s just very hard to surmount that distance. Even playing one show is so expensive and so much work. It’s just a big ordeal. Nassau was pretty casual anyway. It was even hard to get together living in the same city, let along opposite coasts of the country. It was very fun, don’t get me wrong. Nassau was a blast, it just not very sustainable right now.

This first release as Monteagle feels really cool. Putting myself out there a bit, trying some new things. I’ve already started writing for the future. It feels really great right now.

Listen to Midnight Noon via spotify