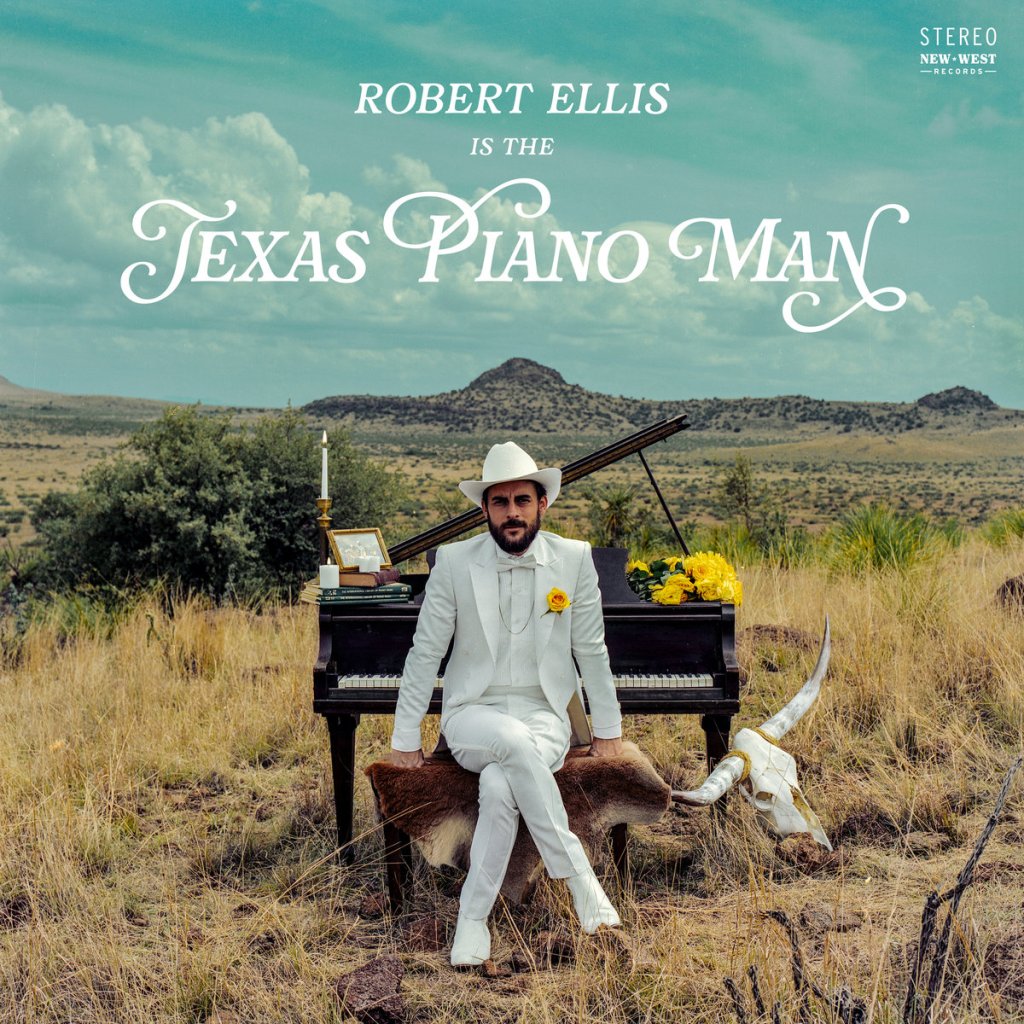 With a twinkle in his eye, the stylish guitar playing troubadour, Robert Ellis sits cross legged on a piano bench in the middle of the Texas hills with a slick white tuxedo and tilted white hat. He looks like a movie character. It is this persona he has adapted for his new record, Texas Piano Man.

Where the album shares some of the pomp and circumstance of Elton John and Billy Joel, the “Texas” aspect is what separates Ellis from the piano pack. The glitzy pop musical direction is still rooted in story-based country style lyrics. With each release, Ellis has grown more confident and infused more of his humor. The opening track Fucking Crazy is simply a darkly funny and passionate love song, but sets the tone for the rest of the album. In the tune Nobody Smokes Anymore, he clamors for the good old days, where people didn’t care so much about health and public shame. “The last years of your life are shitty anyway” he admits.

Despite the showtime-y, musical adventure of Texas Piano Man, there are still earnest moments of true intimacy. On the track, Father, Ellis chases down a father who had abandon him early in life to seek some answers to questions he has always held. “Do you bite your lip whenever you are thinking // somebody told me once I did that  // and it reminded them of you.”

For someone so technically good and talented at playing guitar, a complete trade out of instruments for the piano may come as abrupt, but when Ellis decides on a direction, he goes all in. The change in tune turns out to be completely natural and it unfolds another new layer to the Texas songwriter. Whether it’s John Hartford, Townes Van Zandt or Liberace, whoever Robert Ellis is channeling becomes simply, Robert Ellis.

Listen to Nobody Smokes Anymore