Robert Ellis - The Lights From The Chemical Plant 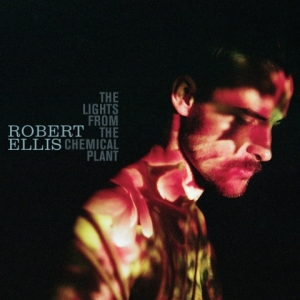 If you count a move from his native Texas to Music City, Tennessee (USA) and a monumental haircut (monumental as in, even Willie Nelson could have said, “hey man, don’t get your hair in the bowl. No one likes burnt hair smell.”), the past few months have already been filled with positive changes for the 25 year old songwriter, Robert Ellis.

Upon arriving in Nashville, Ellis stripped his locks and classic country approach in favor of a fuller, more dynamic, genre-bending sound. His Texas twang surfs over pedal steel guitars, drums, piano and even a saxophone at one point.

Robert Ellis may be 25, but he writes, sings and plays guitar with the chops of a veteran road warrior. For 3 years, Ellis has been touring around his Photographs album, which he points out was essentially a collective tribute to his singing/songwriting heroes. Leading up to his recently released album, The Lights From The Chemical Plant, he has paired up with heavyweights Deer Tick, Jason Isbell, Dawes among others on the touring trail in the last few months. The modern and moody, Only Lies is the lead single from the record, but he could have chosen from any number of songs, including the title track, Chemical Plant. Like a true collection of songs making up a

single unit, the album is 54 minutes of ebbs and flows with both sound and lyrics. Starting off the record is, TV Song (a TV addiction confessional complete with a Betty Draper shoutout), moving to the upbeat, Good Intentions co-written with Taylor Goldsmith of Dawes, to the sullen piano ballad, Bottle of Wine, then closing with the retrospective guy & guitar tune aptly named, Tour Song. Perhaps the most biographical song on the record is Houston, a 7 minute, winding tale about leaving his hometown because it “reminds [him] of too many things.”

2014 could shape up to be quite the year for Ellis, as his audience grows and he continues to win over crowds with not only his southern charm, but damn good songs. His ever growing list of tour dates will take him all over this great nation in the coming months turning your local music and beer hall into your favorite western movie.